Life is Stranger Than Fiction

This is the true story of a nonprofit organization.  Really.  It’s a cautionary tale unfortunately including theft and violence.

Here are a few of the more extraordinary facts: 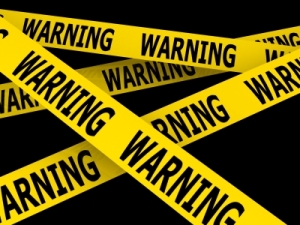 If this was a Law & Order episode it would seem over the top. But this is the story of Healing Arts Initiative. And, forgive me for repeating myself, it is a reminder that the five most dangerous words are “It can’t happen to us.”

An excerpt from the New York Times gives this description of how the money was stolen:

Prosecutors said that, starting in 2012, Ms. Williams, 47, created dozens of bank accounts under fake names, where she deposited more than $600,000 for herself and another $150,000 for a friend, Pia Louallen, who was also arrested. The Healing Arts Initiative, previously known as Hospital Audiences Inc., provides education programs and services to connect the arts to people who might be limited by health, age or income. The organization has about a dozen employees and handles about $5 million a year, the authorities said.

Even more disturbing is the description of the crime (also from the New York Times):

In August, the authorities said, Ms. Dyer, who had recently been hired to run the organization, noticed money was missing and called a meeting to discuss it.

Then, prosecutors said, Ms. Williams enlisted Jerry Mohammed, 32, to assault Ms. Dyer with it two days after the meeting, on Aug. 19. She was hospitalized with severe burns and required multiple surgeries. She has not returned to work, officials said.

The Nonprofit Quarterly has been following this story, recent articles include:

Healing Arts Closes, But the Story is Likely Far from Done

The moral of this story is that separation of duties and solid financial internal control need to be in place and documented within your organization. Everyone should know their responsibilities – especially the Executive Director, Finance Director, and the Board.

Fraud – How to Protect Your Nonprofit